YOU BROKE YOUR PROMISE 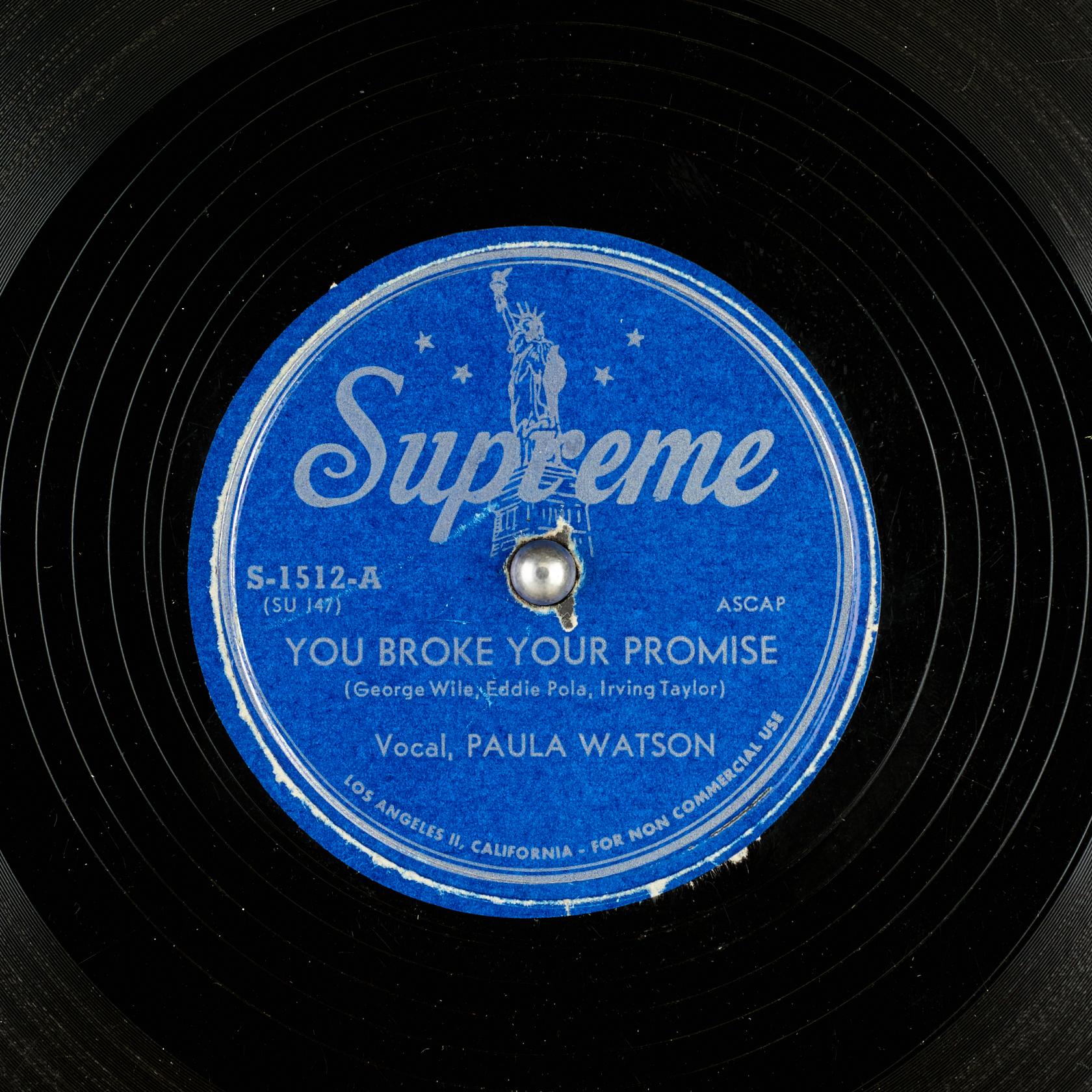 YOU BROKE YOUR PROMISE

The recording on the other side of this disc: I'VE GOT THE SWEETEST MAN.